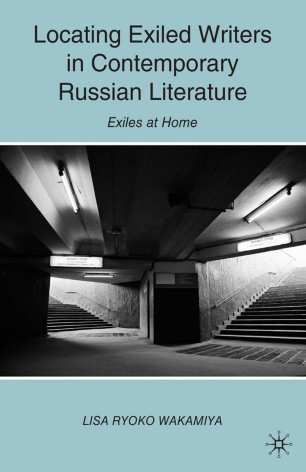 This innovative study examines the work of exiles from the Soviet Union who returned to a reformed post-Soviet Russia to initiate narrative processes of self-definition oriented toward a readership and nation seeking self-identity, all at a time of social, political and cultural transition within Russia itself.


LISA RYOKO WAKAMIYA is Assistant Professor in the Department of Modern Languages and Linguistics at Florida State University, USA.

"Locating Exiled Writers in Contemporary Russian Literature is a fascinating study that significantly contributes to contemporary re-examination of Russian émigré literature.Wakamiya carefully avoids hasty compartmentalization of the subjects of her research: she gives due attention to every single author. At the same time, she is able to weave a theoretical framework which unites their work by highlighting their common underlying creative processes, rather than simplifying their connection under the artificial construct of shared émigré identity." - Marina Balina, Isaac Funk Professor of Russian Studies, Illinois Wesleyan University

"Wakamiya s Locating Exiled Writers in Contemporary Russian Literature is exciting as a historical study of late Soviet and post-Soviet Russian literature and useful as a theoretical exploration of narratives of return compared to much more well-researched narratives of exile. This is a highly professional and much needed work which will find readers not only amongst professors and students of Russian literature, but will also appeal to a broader circle of literary and cultural scholars." - Mark Lipovetsky, Associate Professor of Russian Studies, University of Colorado-Boulder

"The geography of Russian literature changed irrevocably after 1991: émigré writers could go home at last, in print and in person. Wakamiya s smart, well-crafted study of exiled writers return to Russia puts literature and the role of the author in a broad cultural studies context. Whatever your opinion of her central examples, Aksenov, Limonov, and Solzhenitsyn, this book will make you read them and their work in more complex and satisfying ways." - Sibelan Forrester, Professor of Russian, Swarthmore College