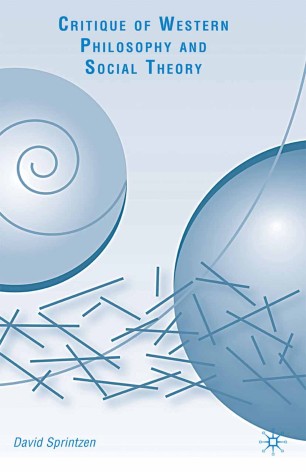 The "existential" drama at the heart of the modern world is the result of a truly cataclysmic transformation in our institutions and modes of belief. It rivals in scope and significance, if it does not surpass, the transformation occasioned by the "Scientific Revolution" of the sixteenth and seventeenth century. Few can still doubt - even if they do not yet appreciate - the comprehensive and global scope of this "Second Scientific Revolution." Our fundamental modes of thought and action, institutional structure, personal identity, economic development, and relation to nature, all require radical revision if human life on this planet (and beyond) is to survive and prosper. We are thus confronted with a world whose structures of meaning and corresponding institutional foundations are being undermined, thus presaging a revolutionary transformation. That transformation, however unclear at present, cannot fail to be radical and comprehensive. This work critically evaluates its nature, outlines the structures of an alternative world view and then develops the contours of the social and institutional order it suggests. It concludes with a discussion of practical strategies by which we may reasonably hope to meet the challenges confronting our civilization.

"A surprisingly broad yet detailed tour of the history of ideas, of the development of consciousness, self-consciousness and freedom, of the development and functions of individuals and social relationships, and of the evolution of human nature from pre-humans to modern humans. The book challenges and guides readers to think like they've never thought before as it transforms the current/prevalent world view of things and people and events-based-on-things-and-people into a world of things, people, hierarchies, emergent properties, event-guiding-field-interactions and a fabric of interconnectedness that by far can be best understood by reading this book. This book effortlessly (and delightfully) transcends philosophical, social and natural scientific realms while maintaining a level of scholarship suitable for university and professional/research discussions." - Rolf Martin, Bioinformatics Director, MMT Corporation

"David Sprintzen's book is an ambitious, learned, probing, daring, and controversial work, reflecting decades of Sprintzen's thinking and actionin regardto many of life's most engaging metaphysical, existential, and social issues. Convinced that we are experiencing the 'death throes' of the 'modern Western world,' Sprintzen assiduously offers us the contours of a global metaphysical and cultural transformation that is struggling to give birth to a 'new world.' In the process, he criticizes modernity's substance- or object-oriented reductionist metaphysics, unabashedly dismisses religion as outdated through scientific progress, and outlines an alternative naturalistic but non-reductive metaphysics of 'emergence.' Using that as base, he radically deconstructs and indicts the theory and practice of free market capitalism, atomistic Individualism, the New Colonialism, and all forms of exploitative social competition. His distinct call to all of us is to effect a transformation of values and social institutions coherent with his proposed field theory. Agree or disagree (I do, at times!) with Sprintzen on any given issue, yet his book brings pause to modernity's metaphysical or societal assumptions, and returns us to the task of cultivating and/or restoringhuman dignity. Open inquirers mustnot overlook this challenging book." - Ronald E. Santoni, Maria Theresa Barney Professor Emeritus of Philosophy at Denison University, Life Member of Clare Hall, Cambridge University, and Associate Fellow of Berkeley College at Yale, and author of Bad Faith, Good Faith, and Authenticity in Sartre's Early Philosophy and Sartre on Violence: Curiously Ambivalent, among other works

"This is a most ambitious book. David Sprintzen's novel approach helps us to understand the present condition and envision an alternative frame." - Peter T. Manicas, Emeritus Professor of Philosophy, Queens College, CUNY