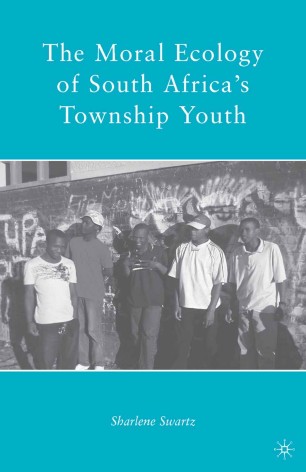 This book provides an engaging account of the moral lives of young black South Africans once the struggle against apartheid ended and took away their object of political resistance. It shows how partial-parenting, partial-schooling, and pervasive poverty contributes to how a group of young people construct right and wrong and what rules govern their behavior.

SHARLENE SWARTZ is currently a research specialist in the Child, Youth, Family and Social Development division of the Human Sciences Research Council in South Africa, and a visiting research fellow at Cambridge University.

"An important, deeply moving study of the moral thinking and behavior of young black people in a South African township. This book is reported with affection and critical analysis. It should be useful for educators everywhere who work with populations that have suffered discrimination and exploitation." - Professor Nel Noddings, author of Critical Lessons: What Our Schools Should Teach.

"Sharlene Swartz has given us a stunning, prize-winning account of the morality of township youth. The brilliance of her ethnography brings to life young people s struggle to define right and wrong so as to survive in an unjust violent world. This book marks a definitive shift in sociological studies of youth and the field of moral education by demonstrating the power of empirical research into moral formations." - Professor Madeleine Arnot, University of Cambridge, UK.

"Dr. Swartz has pulled together what is arguably the most interesting work in moral psychology that I have seen in many years . . . Its readability and interest will extend beyond the narrow confines of the academy. This is an impressive bit of scholarship, in the best ethnographic tradition. It is exceedingly well-written, and I am confident that it will make a splash in moral development and education." - Professor Dan Lapsley, University of Notre Dame

"Numerous researchers have in recent years called for studies of moral reasoning in context, but few of them have bothered to get inside cultures so as to uncover how they orient thinking and come to define those dimensions of morality that count in their lives. I imagine that this book would be used in a variety of courses from psychology departments to schools of education to departments of social work and sociology. I recall how Willis's description of working class youth in the UK became a well used text or how Rogoff's studies became must readings in courses on development... I think the potential to match these other works is real." - Professor James Youniss, Catholic University of America

"Rich and nuanced, Swartz s work paints masterfully the incredible resilience of humanity. Swartz coins some new terms­ moral capital and moral ecology ­ that, along with her moral sociology, will enter the discourse on moral development and education, shaping dialogue among researchers, theorists and educators for years to come." - Dr Darcia Narvaez, University of Notre Dame

"At last, an up-to-the minute book on youth from a non Western perspective. Moral ecology makes a richly welcome contribution to the literature and a must-read foryouth scholars, policy makers and all those interested inunderstanding young lives. Based onan ethnographic study of youthin post conflict South Africa, this is a fresh, original andthoroughly rewarding read." - Dr Mary Jane Kehily, The Open University, UK

"Moral ecology is an innovative development in social scientific research, not only because it places the morality of youth at the heart of social scientific analysis, but also because it demonstrates the importance of putting the moral fibre of all societies under the social scientific microscope. The book is interesting and insightful, academically and socially, personally and politically. It challenges many of the reigning orthodoxies in the field of moral education, while simultaneously extending the boundaries of social scientific research to incorporate the normative. The book should be read by all of those with a sociological and educational imagination, within and without South Africa." - Professor Kathleen Lynch, Chair of Equality Studies, University College Dublin

"This kind of work is so important amidst such disparaging stereotypes/images about poor, urban youth around the globe - as threats to civil society rather than assets to the future. I can easily see the book used in courses of youth culture and development; in qualitative methodology courses; and in teacher education... Great work Sharlene. Bravo!" - Professor Wendy Lutrell - Harvard University Graduate School of Education