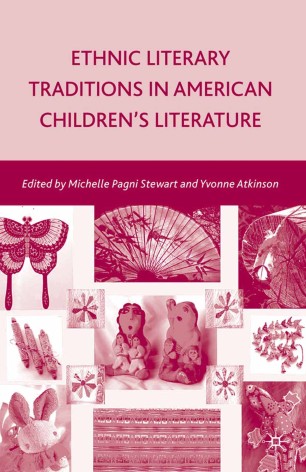 "Ethnic Literature Traditions in American Children's Literature is an extraordinary path breaker. Its content is far-reaching and presents a convincing argument for explorations into the intellectual and poetic aspects of ethnic children's literature. This volume takes readers into deeper cultural territory than the children's book field has thus far succeeded in offering. There is now reason to hope for fewer stereotypes in children's books and an enlarged commitment to social justice among both artists and educators." - Donnarae MacCann, author of the prize-winning White Supremacy in Children's Literature

"Given the great changes in the demographics of America, it is more important than ever to pay attention to what constitutes ethnicity, especially how it is represented in children's literature. This is the main focus of the excellent collection of essays in Ethnic Literary Traditions in American Children's Literature, which explores the cultural nuances of ethnic literature and its potential impact on readers' views of diverse ethnic groups in America - African Americans, Native Americans, Asian Americans, Latino Americans. There are many misconceptions about ethnic literature, which has always been expected to conform to western literary traditions and standards. Fortunately, the essays in this collection, which also includes a few interviews, demonstrate clearly that ethnic literature stems from diverse cultural experiences and demands careful and thoughtful reflection. In this respect, Ethnic Literary Traditions in American Children's Literature opens up new perspectives that will enrich the study of children's literature." - Jack Zipes, Professor Emeritus, University of Minnesota