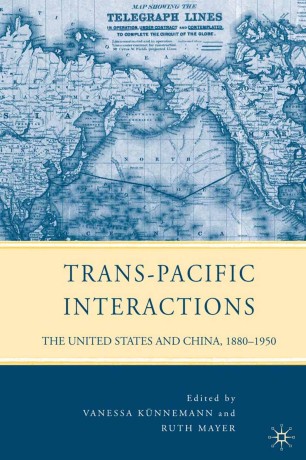 This book explores particular facets of the history and representation of the Pacific Rim region, fo­cusing on the interactions between the United States and China at the beginning of the twentieth century. It critically examines contemporary discourses on such seemingly recent concepts as transna­tion­alism and cultural citizenship, showing that they can ac­tually be traced much further back, and that they are closely tied to the debates around nationalism, global capitalism, and religion of the time. This series of reflections on political exchanges and conflicts offers a special focus on the cultural - literary, popular, and religious - implications of these interactions.

"The book provides insights into how national and individual identities within both China and the United States were influenced by processes, perceptions, and activities in other countries." - H-Net

"This collection complicates our picture of U.S. history by demonstrating the ways in which transnational interactions shaped the dynamics of a society that was influenced by, and defined itself through/against, the trans-Pacific flows of ideas, goods, and people. In this way, Trans-Pacific Interactions fits well into a scholarly debate that attempts to transnationalize U.S. history." - Sebastian Conrad, European University Institute, Florence