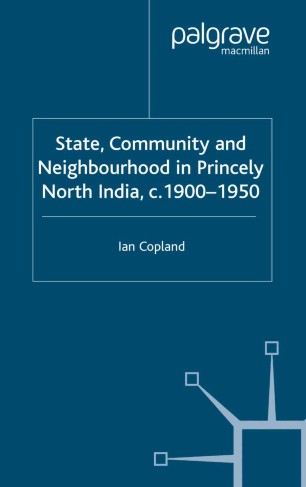 Ian Copland's aim in this book is to explain why, during the colonial period, the erstwhile Indian 'princely' states experienced per capita significantly less Muslim-Sikh and Muslim-Hindu communal violence than the provinces of British India, and how the enviable situation of the states in this respect became eroded over time. His answers to these questions shed new light on the growth of popular organisations in princely India, on relations between the Hindu and Sikh princes and the communal parties in British India, and on governance as a factor in communal riot production and prevention.