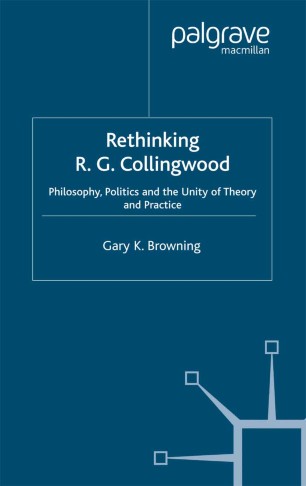 Philosophy, Politics and the Unity of Theory and Practice

Rethinking R.G. Collingwood reviews Collingwood's thought via his own rethinking of Hegel. It establishes the revisionary character of Collingwood's defence of liberal civilization in theory and practice. Collingwood is seen as avoiding the pitfalls of Hegel's teleological historicism by developing an open and contestable reading of the rationality of liberal civilization, which neither reduces practice to theory nor philosophy to history. The contemporary relevance of Collingwood's standpoint is demonstrated by comparing it with those of recent defenders and critics of liberalism Rawls, Lyotard and MacIntyre.