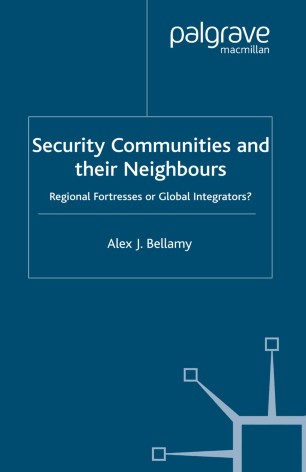 Security Communities and their Neighbours

Does the proliferation of security communities around the world presage a new era of competition between regions or an era of intensified global integration? This important new study assesses the relationship between security communities and their neighbours and asks whether processes of regional integration will contribute to a global 'clash of civilizations'. Drawing on four detailed case studies (Western Europe, Southeast Asia, the Persian Gulf and North America), Alex J. Bellamy argues that the more mature a security community becomes, the less likely it is to become a 'regional fortress'.

ALEX J. BELLAMY is a Lecturer in Peace and Conflict Studies at the University of Queensland. He previously taught Defence Studies at King's College London. His publications include Kosovo and International Society, The Formation of Croatian National Identity and Understanding Peacekeeping (with Paul Williams and Stuart Griffin).