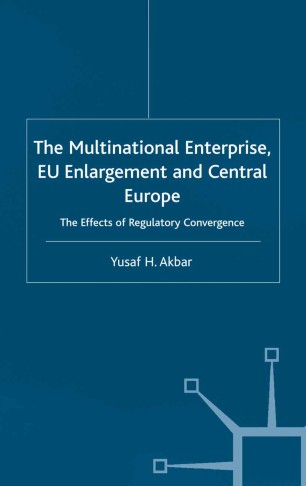 The Effects of Regulatory Convergence

As the role of the multinational enterprise (MNE) in the economic development of countries grows, a focus on how MNEs influence the process of regulatory and legislative structures has developed among scholars of international political economy. Yusaf H. Akbar draws a conceptual link between the market strategies of MNEs and the convergence of regulatory systems internationally. Focusing on empirical evidence from Central Europe and industry-specific case studies, Akbar uses the example of the successful implementation of EU laws in Hungary as it bids to join the European Union to demonstrate the profound impact of MNE strategies.