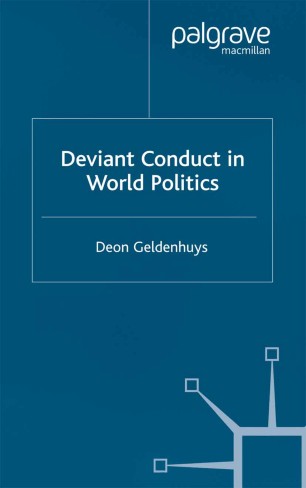 A long list of countries - labelled outcasts, pariahs and rogues - have failed to meet international standards of good conduct. In the Cold War years Rhodesia, Israel, Chile, Taiwan and South Africa, among others, featured among the ranks of the disreputable. In modern world politics, the serious sinners not only include states: terrorists, rebels, criminals and mercenaries also participate in the great game of who gets what, when and how. Highlighting the rules of good behaviour that both state and non-state actors have violated, Geldenhuys takes a novel approach that breaks through the narrow parameters of the rogue state paradigm and of other state-centric perspectives.

DEON GELDENHUYS is Professor of Politics at Rand Afrikaans University in Johannesburg. Specializing in International Relations, he has published a number of books, including Foreign Political Engagement: Remaking States in the Post-Cold War World.