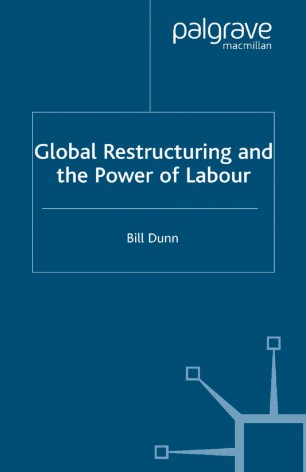 Global Restructuring and the Power of Labour

Bill Dunn considers and contests accounts of globalization and post-Fordism that see structural economic change in the late Twentieth-century as having fundamentally worsened the conditions and weakened the potential of labour. Including a comparative survey of restructuring in four major industries; automobiles, construction, microelectronics and finance, the book suggests the timing of change and its complex and contradictory nature undermine structural explanations of labour's situation. It redirects attention towards labour's political defeats and own institutional shortcomings.

BILL DUNN has taught International Political Economy at the University of Bristol and Sociology the University of the West of England where he was also awarded his PhD. He has had work published on capital mobility and the experiences of transport and communications workers and on international construction contracting.