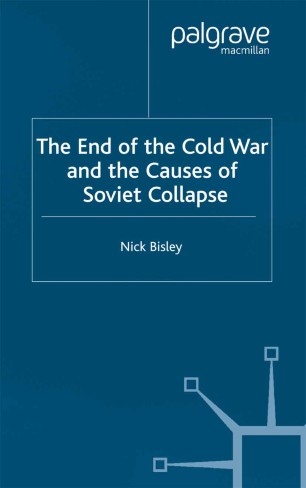 Soviet efforts to end the Cold War were intended to help revitalize the USSR. Instead, Nick Bisley argues, they contributed crucially to its collapse. Using historical-sociological theory, The End of the Cold War and the Causes of Soviet Collapse shows that international confrontation had been an important element of Soviet rule and that the retreat from this confrontational posture weakened institutional-functional aspects of the state. This played a vital role in making the USSR vulnerable to the forces of economic crisis, elite fragmentation and nationalism which ultimately caused its collapse.

NICK BISLEY was educated at the University of Melbourne and at the London School of Economics. He has published work on regionalism in East Asia and on revolutions and counter-revolution and is currently engaged on a project on Australia's role in the Asia-Pacific.