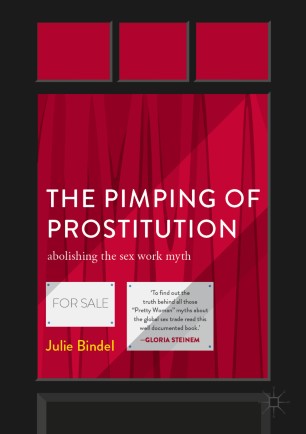 The Pimping of Prostitution

‘This book is comprehensive, authoritative, personally revealing, and a clear headed rage against a tide of modern double think. It will help feminism untangle itself from all the knots of faux progressiveness about prostitution, which is repackaging sexual abuse as empowerment. Bindel is a fearless, uncompromising voice who deserves to be universally heard.’
—Janice Turner, Times Newspaper columnist
‘A profoundly impressive piece of reporting and polemic into a commercial industry. You may love Bindel’s work, you may profoundly disagree with it. But it will never leave you indifferent, and it will always make you question, which is why there should be more of it.’
—Rose George, Author and journalist
This book examines one of the most contested issues facing feminists, human rights activists and governments around the globe – the international sex trade. For decades, the liberal left has been conflicted as to whether pro-prostitution activists or abolitionists hold the correct view, and debates are ongoing as to who holds the key to the solutions facing the women and girls involved.
Over the course of two years, Bindel conducted 250 interviews in almost 40 countries, cities and states, traveling around Europe, Asia, North America, Australia, New Zealand, and East and South Africa. Visiting legal brothels all around the world, Bindel got to know pimps, pornographers, survivors of the sex trade, and the women being sold by men classed as ‘business entrepreneurs’. Whilst meeting feminist abolitionists, pro-prostitution campaigners, police and government officials, and the men who drive the demand, Bindel uncovered the lies, mythology and criminal activity that shroud this global trade, and suggests here a way forward for the women seeking to abolish the oldest oppression. Informed by the lived human experience of those interviewed, this book will be of great interest to feminists, students, criminal justice advocates, criminologists and human rights activists.