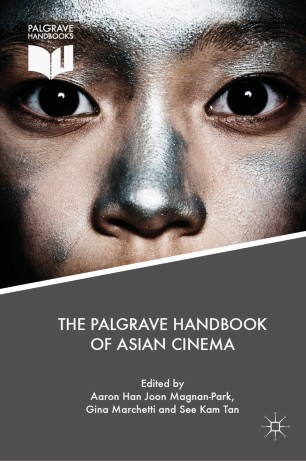 The Palgrave Handbook of Asian Cinema

This collection offers new approaches to theorizing Asian film in relation to the history, culture, geopolitics and economics of the continent. Bringing together original essays written by established and emerging scholars, this anthology transcends the limitations of national borders to do justice to the diverse ways in which the cinema shapes Asia geographically and imaginatively in the world today. From the revival of the Silk Road as the “belt and road” of a rising China to historical ruminations on the legacy of colonialism across the continent, the authors argue that the category of “Asian cinema” from Turkey to the edges of the Pacific continues to play a vital role in cutting-edge film research. This handbook will serve as an essential guide for committed scholars, students, and all those interested in the past, present, and possible future of Asian cinema in the 21st century.

“This essential collection provides an illuminating and thought-provoking exploration of some of the key debates in the fast-growing field of Asian cinema. Guiding readers through the historical, political and conceptual possibilities opened by Asia’s dynamic screen industries, the editors have assembled a valuable resource that will set the tone for scholarly interventions to come.” (Olivia Khoo, Monash University, Australia)
Buy options