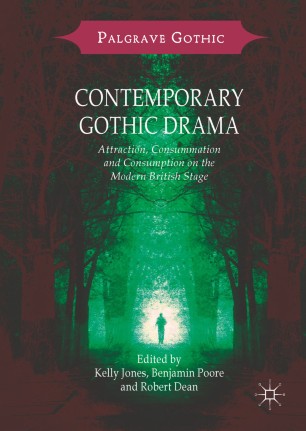 Attraction, Consummation and Consumption on the Modern British Stage

This ground-breaking volume is the first of its kind to examine the extraordinary prevalence and appeal of the Gothic in contemporary British theatre and performance. Chapters range from considerations of the Gothic in musical theatre and literary adaptation, to explorations of the Gothic’s power to haunt contemporary playwriting, macabre tourism and site-specific performance. By taking familiar Gothic motifs, such as the Gothic body, the monster and Gothic theatricality, and bringing them to a new contemporary stage, this collection provides a fresh and comprehensive take on a popular genre. Whilst the focus of the collection falls upon Gothic drama, the contents of the book will embrace an interdisciplinary appeal to scholars and students in the fields of theatre studies, literature studies, tourism studies, adaptation studies, cultural studies, and history.