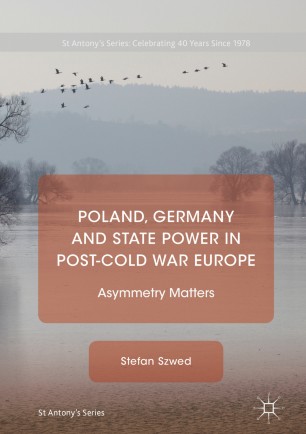 This book examines the post-Cold War Polish-German relationship and the puzzling rise of foreign and security policy differences between the two states during the 2000s. Through an investigation of four policy issues – NATO’s out-of-area mandate, European Constitution and the division of voting power in the Council, relations with Russia and the eastern neighbours, as well as EU energy policy – the author identifies the roots of their conflict in a structure of material, spatial and temporal asymmetries. Rather than treat them as currency, however, he explores the less conspicuous ways in which power is exercised and structure matters inside a community governed by shared rules and norms. In pursuing its research question, theoretical work, historical reconstructions and empirical analyses, the book combines security studies, transatlantic relations, European integration, and Polish and German politics with general theorizing and conceptual grounding in international relations and political science.

Stefan Szwed is Research Associate at the Centre for International Studies at the Department of Politics and International Relations and Senior Common Room Member at St Antony’s College, University of Oxford, UK.  His research interests focus on Polish and German foreign policies, European integration and democratic transitions.  He was Mairie de Paris Visiting Fellow at the Centre de Recherches internationales at Sciences Po, Paris.

“Stefan Szwed has written a careful, rigorous, clear-eyed analysis of one of the most important relationships in post-Cold War Europe. His central emphasis on the asymmetries of power is one on which Polish, German, and other EU policy-makers should carefully reflect.” (Timothy Garton Ash, Professor of European Studies, University of Oxford, UK)

“This highly original book focuses on an axial relationship in the European Union, that between Germany and Poland. Strong hopes were entertained, especially in Germany that the relationship would flower into an equivalent of the Franco German relationship. Why this has not turned out to be the case is the subject of Stefan Szwed’s densely argued book. This is a ‘must read’ for EU scholars.” (William E. Paterson, Honorary Professor of German and European Politics, Aston University, UK)