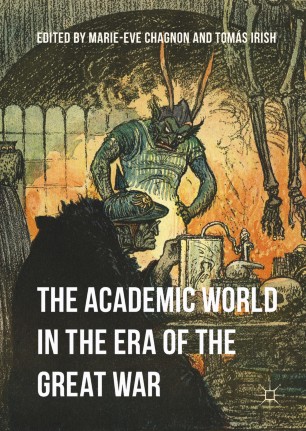 The Academic World in the Era of the Great War

This book examines the ways in which scholarly expertise was mobilized during the First World War, and the consequences of this for the inter-connected academic world that had developed in the late nineteenth century. Adopting a strong international approach, the contributors to this volume examine the impact of the War on individuals, institutions, and disciplines, cumulatively demonstrating the strong afterlife of conflict for scholarly practices and academic communities across Europe and North America, in the decades following the cessation of the Great War.

Tomás Irish is Lecturer in Modern History at Swansea University, UK. He is the author of The University at War 1914-25: Britain, France and the United States (Palgrave, 2015), and Trinity in War and Revolution 1912-23 (2015).
Marie-Eve Chagnon is part-time faculty member at the Université du Québec à Montréal, Canada. Her current research looks at the role played by the American scientific community in the reconciliation process entre les guerres.