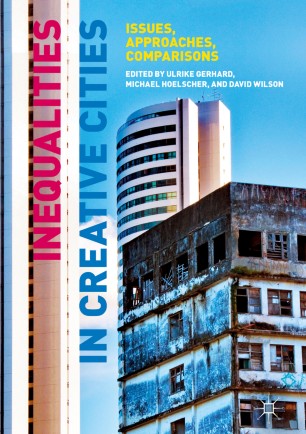 This edited volume is a lively and timely appraisal of “ordinary cities” as they struggle to implement creative redevelopment and economic growth strategies to enhance their global competitiveness. The book is concerned with new and often unanticipated inequalities that have emerged from this new city movement. As chronicled, such cities – Cleveland (USA), Heidelberg (Germany), Oxford (UK), Groningen (Netherlands), Montpellier (France), but also cities from the Global South such as Cachoeira (Brazil) and Delhi (India) – now experience new and unexpected realities of poverty, segregation, neglect of the poor, racial and ethnic strife. To date planners, academics, and policy analysts have paid little attention to the connections between this drive in these cities to be more creative and the inequalities that have followed. This book, keenly making these connections, highlights the limited visions that have been applied in this planning drive to make these cities more creative and ultimately more globally competitive.

“This volume offers a comparative analysis of the contradictions, presenting the connection between the urban policies focusing on creativity and inequalities within societies, thus, providing empirical insights for the previous critiques. … the book is an extremely valuable contribution to the creative city discourse. It is a theoretically informed and empirically grounded collection of papers with comparative focus.” (Lajos Boros, Hungarian Geographical Bulletin, Vol. 66 (3), 2017)
Buy options