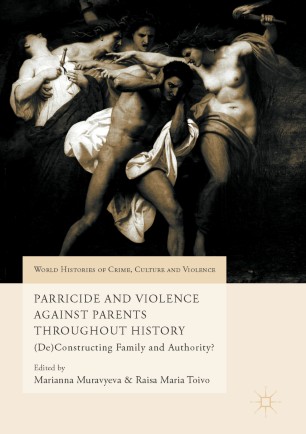 Parricide and Violence Against Parents throughout History

This book combines the approaches of history and criminology to study parricide and non-fatal violence against parents from across traditional period and geographical boundaries, encompassing research on Asia as well as Europe and North America. Parricide and non-fatal violence against parents are rare but significant forms of family violence. They have been perceived to be a recent phenomenon related to bad parenting and child abuse often in poorer socioeconomic circumstances – yet they have a history, which provides insights for modern-day explanation and intervention. Research on violence against parents has concentrated on child abuse and mental illness but, by using a rich array of primary and secondary documents, such as court cases, criminal statistics, newspaper reports, and legal and medical literature, this book shows that violence against parents is also shaped by conflicts related to parental authority, the rise of children’s rights, conflicting economic and emotional expectations, and other sociohistorical factors.

Raisa Maria Toivo is Academy Research Fellow at the University of Tampere, Finland. She works on the history of gender, violence and witchcraft and religion. Her publications include Witchcraft and Gender in Early Modern Society (2008) and Faith and Magic in Early Modern Finland (2016).