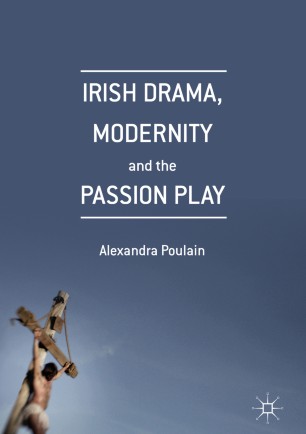 'Alexandra Poulain has discovered a riveting new theme which runs through twentieth century Irish drama, that of the Passion play or crucifixion of Jesus Christ, often presented ironically or parodically. By investigating the spectacle of the sacrificed male body from Synge to Friel, Kilroy and beyond, which makes visceral and visible modes of violence perpetrated by hegemonic ideologies and practices of state or colonial powers, she produces exhilarating new insights into both canonical and less familiar plays. A delight to read, this book opens up new territory in Irish theatre studies and contributes to wider debates in theatre on the gaze of the spectator and the body in performance.' - Anna McMullan, Professor of Theatre, University of Reading, UK
This book discusses Irish Passion plays (plays that rewrite or parody the story of the Passion of Christ) in modern Irish drama from the Irish Literary Revival to the present day. It offers innovative readings of such canonical plays as J. M. Synge’s The Playboy of the Western World, W. B. Yeats’s Calvary, Brendan Behan’s The Hostage, Samuel Beckett’s Endgame, Brian Friel’s Faith Healer and Tom Murphy’s Bailegangaire, as well as of less well-known plays by Padraic Pearse, Lady Gregory, G. B. Shaw, Seán O’Casey, Denis Johnston, Samuel Beckett and David Lloyd. Challenging revisionist readings of the rhetoric of “blood sacrifice” and martyrdom in the Irish Republican tradition, it argues that the Passion play is a powerful political genre which centres on the staged death of the (usually male) protagonist, and makes visible the usually invisible violence perpetrated both by colonial power and by the postcolonial state in the name of modernity.