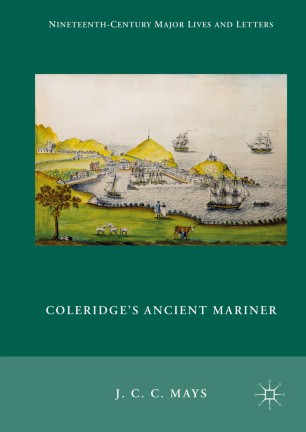 This is the first book-length study to read the "Ancient Mariner" as "poetry," in Coleridge's own particular sense of the word. Coleridge's complicated relationship with the "Mariner" as an experimental poem lies in its origin as a joint project with Wordsworth. J. C. C. Mays traces the changes in the several versions published in Coleridge's lifetime and shows how Wordsworth's troubled reaction to the poem influenced its subsequent interpretation. This is also the first book to situate the "Mariner" in the context of the entirety of Coleridge's prose and verse, now available in the Bollingen Collected edition and Notebooks; that is, not only in relation to other poems like "The Ballad of the Dark Ladiè" and "Alice du Clós," but also to ideas in his literary criticism (especially Biographia Literaria), philosophy, and theology. Using a combination of close reading and broad historical considerations, reception theory, and book history, Mays surveys the poem's continuing life in illustrated editions and educational textbooks; its passage through the vicissitudes of New Criticism and critical theory; and, in a final chapter, its surprising affinities with some experimental poems of the present time.