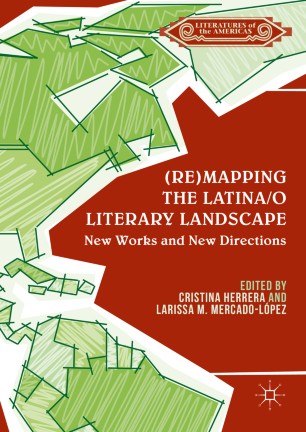 This book broadens the scope of Latina/o criticism to include both widely-read and understudied nineteenth through twenty-first century fictional works that engage in critical discussions of gender, race, sexuality, and identity. The essays in this collection do not simply seek inclusion for the texts they critically discuss, but suggest that we more thoughtfully consider the utility of mapping, whether we are mapping land, borders, time, migration, or connections and disconnections across time and space. Using new and rigorous methodological approaches to reading Latina/o literature, contributors reveal a varied and textured landscape, challenging us to reconsider the process and influence of literary production across borders.

Cristina Herrera is Associate Professor in the Department of Chicano and Latin American Studies at California State University, Fresno, USA. She is the author of Contemporary Chicana Literature: (Re)Writing the Maternal Script and has published in Chicana/Latina Studies, Confluencia, and Journal of Caribbean Literatures.

“Urges and insists on a configuration of literary interpretation that is mobile, apprehensive, and necessary ... . This collection of writers are uninhibited and unapologetic about our times. One of the best examples of Chicana/o and Latina/o engagement of new landscapes and frontiers, this book is propelled by the insufficiency of attention paid to the Latina/o experience and explores ways to address the unrest of a new generation of scholarship.” (Ellie D. Hernández, Associate Professor, University of California Santa Barbara, USA)