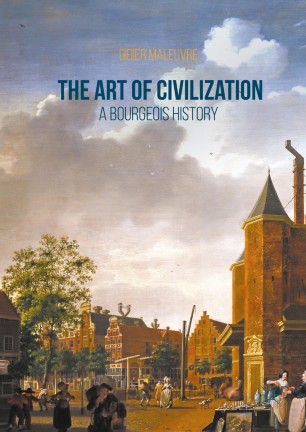 The Art of Civilization

This book tells the story of how art since ancient Greece is inextricably linked to a particular place and social group: the city and its homegrown species, the bourgeois. Despite the fact that it has glorified the crown and the cross for most of its history; despite its mystical, lofty, or subversive aura; despite its oft-professed scorn of the down-to-earth bourgeoisie, in truth art has always been the product of craft and labor. As such it bears the imprint of the workshop and the independent mentality of producers. Breaking with a misty-eyed romantic view of art, The Art of Civilization shows how artistic expression in Western societies has helped the rise of a demystified and pragmatic mindset. Art indeed has civilized us, laying the groundwork for the historical victory of brain over brawn, of reason over mystique, and of productive bourgeois ways over the transcendental.