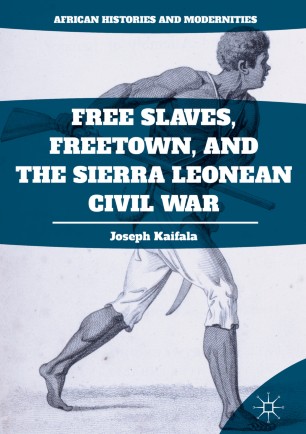 This book is a historical narrative of Sierra Leone from the mid-fifteenth century to the end of its civil war in 2002. It entails the history of Sierra Leone from its days as a slave harbor through to its founding as a home for free slaves and toward its political independence and civil war. In 1462, the country was discovered by a Portuguese explorer, Pedro de Sintra, who named it Serra Lyoa (Lion Mountains). The country later became a hub for the Transatlantic Slave Trade. At the end of slavery in England, Sierra Leone was chosen as a home for the Black Poor, free slaves in England after the Somerset ruling. The Black Poor were joined by the Nova Scotians, African-Americans who fought with the British during the American Revolution, the Maroons, rebellious slaves from Jamaica, and Recaptives, freed in enforcement of British antislavery laws. Freetown became a British colony in 1808 and Sierra Leone obtained political independence from Britain in 1961. The development of the country was derailed by the death of its first Prime Minister, Sir Milton Margai, and thirty years after independence the country collapsed into a brutal civil war. This book is a historical narrative covering these periods in Sierra Leonean history.

“It’s no easy feat to write a country’s history in one book, especially when the nation involved has been through as much hope and as much suffering as Sierra Leone. But Joseph Kaifala has managed the job knowledgeably and skillfully, by focusing on key periods of his country’s evolution. This is a first-rate guide to understanding the deep historical underpinnings of the challenges facing Sierra Leone today.” (Adam Hochschild, Award Winning Author of “King Leopold's Ghost”)