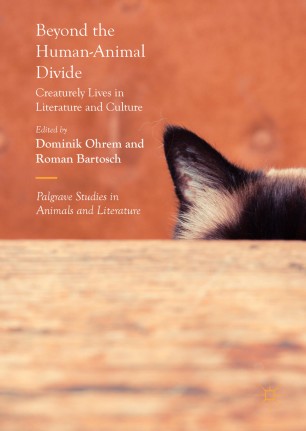 Beyond the Human-Animal Divide

Creaturely Lives in Literature and Culture

This volume explores the potential of the concept of the creaturely for thinking and writing beyond the idea of a clear-cut human-animal divide, presenting innovative perspectives and narratives for an age which increasingly confronts us with the profound ecological, ethical and political challenges of a multispecies world. The text explores written work such as Samuel Beckett’s Worstward Ho and Michel Foucault's The Order of Things, video media such as the film "Creature Comforts" and the video game Into the Dead, and photography. With chapters written by an international group of philosophers, literary and cultural studies scholars, historians and others, the volume brings together established experts and forward-thinking early career scholars to provide an interdisciplinary engagement with ways of thinking and writing the creaturely to establish a postanthropocentric sense of human-animal relationality.

Dominik Ohrem is Lecturer in the  Anglo-American Department of the School of History at the University of Cologne, Germany.

Roman Bartosch is  Senior Lecturer in the Department of English at the University of Cologne, Germany.