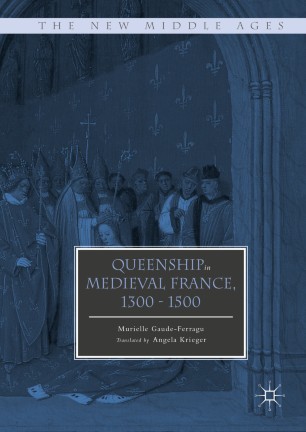 This book examines the power held by the French medieval queens during the fourteenth and fifteenth centuries and their larger roles within the kingdom at a time when women were excluded from succession to the throne. Well before Catherine and Marie de’ Medici, the last medieval French queens played an essential role in the monarchy, not only because they bore the weight of their dynasty’s destiny but also because they embodied royal majesty alongside their husbands. Since women were excluded from the French crown in 1316, they were only deemed as “queen consorts.” Far from being confined solely to the private sphere, however, these queens participated in the communication of power and contributed to the proper functioning of “court society.” From Isabeau of Bavaria and her political influence during her husband’s intermittent absences to Anne of Brittany’s reign, this book sheds light on the meaning and complexity of the office of queen and ultimately the female history of power.