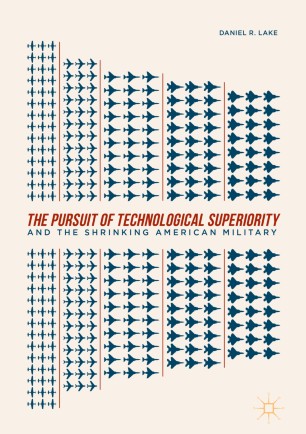 The Pursuit of Technological Superiority and the Shrinking American Military

Why has the US military begun to suffer from overstretch in recent decades? Why is one of the largest militaries in the world, and the most expensive by far, periodically stressed by the operational demands placed upon it? This book argues that recent problems with overstretch are the result of a heavy reliance on technology to solve tactical and strategic problems. Over the last seven decades, the US armed services have consistently chosen to push the technological frontier out in an effort to first gain, and then maintain, qualitative superiority over potential foes. The high procurement and support costs associated with cutting-edge weapon systems has resulted in a military that is shrinking in both absolute size and in the relative share of combat forces. The culmination of this process is a US military that increasingly lacks the capacity needed to conduct operations without putting significant stress on its personnel and equipment.

Lake argues that this pattern is a manifestation of an American cultural disposition favoring technology. He shows that this affinity for technology is present in the organizational cultures of all the armed services, though not to the same degree. By examining procurement programs for each armed service, this book reveals how attempts to develop and leverage superior technology has resulted in some notable program failures, high procurement costs for the latest generation of equipment with associated production cuts, and the high support requirements that are causing the relative share of combat forces to shrink. Lake’s analysis of recent initiatives by the armed services suggests that this pattern is likely to continue, with the US military remaining prone to overstretch whenever its operational tempo increases above the peacetime baseline.

Daniel R. Lake is Associate Professor in the Department of Political Science at the State University of New York College at Plattsburgh.