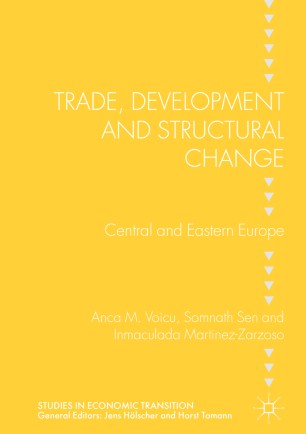 This book examines the evolution of trade and trade patterns in Central and Eastern European countries (CEEC) and assesses the implications of these patterns on structural change and economic development within transition economies. Taking the fall of the Iron Curtain in 1989 as a starting point, the authors discuss the transition of former communist CEE countries from centrally planned to market-driven economies, arguing that trade was the primary engine for the economic growth and transition process they experienced. The chapters in this book incorporate the results of previous studies – some of which are based on original research conducted by the authors – dedicated to the integration process of international and European trade. More importantly, the authors look at the broader aspects of structural change and economic development, indeed the whole process of economic transformation. Thus, the book moves well beyond the core ‘trade and growth’ framework to look at technological progress, foreign investment, institutional development and structural change in Central and Eastern European countries.