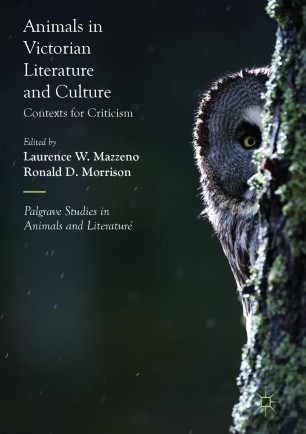 Animals in Victorian Literature and Culture

This collection includes twelve provocative essays from a diverse group of international scholars, who utilize a range of interdisciplinary approaches to analyze “real” and “representational” animals that stand out as culturally significant to Victorian literature and culture. Essays focus on a wide range of canonical and non-canonical Victorian writers, including Charles Dickens, Anthony Trollope, Anna Sewell, Emily Bronte, James Thomson, Christina Rossetti, and Richard Marsh, and they focus on a diverse array of forms: fiction, poetry, journalism, and letters. These essays consider a wide range of cultural attitudes and literary treatments of animals in the Victorian Age, including the development of the animal protection movement, the importation of animals from the expanding Empire, the acclimatization of British animals in other countries, and the problems associated with increasing pet ownership.  The collection also includes an Introduction co-written by the editors and Suggestions for Further Study, and will prove of interest to scholars and students across the multiple disciplines which comprise Animal Studies.