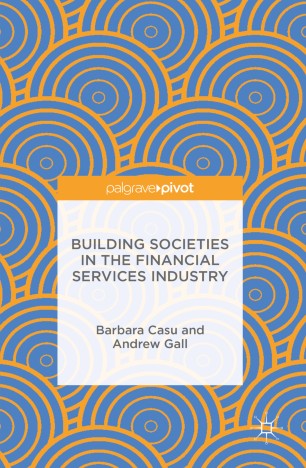 This book presents an analysis of the role of UK building societies, their strengths and weaknesses, and their contribution to the industry, at a time where public confidence in banking is low. Chapters present the results of an empirical analysis of the comparative performance of UK building societies, since the large-scale demutualisation process ended in the year 2000. The authors highlight the substantial impact of the financial crisis on the sector, with 2008 and 2009 being particularly difficult years.  The book discusses banks and building societies in the context of the improving economy and show that both groups have recovered some profitability, although not at the pre-crisis level. The reader will discover that building societies in particular have recovered well from the financial turmoil and they appear less risky than banks on a variety of measures.