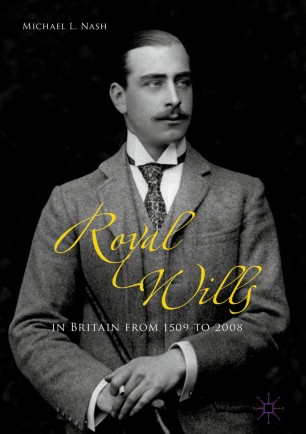 This is the first book on Royal Wills since 1780 and aims to take over where the previous ones (in 1775 and 1780) left off. Therefore the period 1509 to 2008 is covered. It aims to uncover the many dilemmas and conundrums they have had to deal with, against a backdrop of Imperial splendor and political strife, society scandals and in later instances, a disintegrating infrastructure. This period covers the wills of Henry VIII, Edward VI and George I, which all sought to divert the accepted rules of succession; the wills of Queen Charlotte and George III, which brought into sharp focus the differences between State and Personal property; and the wills from Prince Albert to the present day (with a few exceptions) which sought to exclude the public from seeing their contents, in devices known as ‘closing’ and ‘sealing up’ the wills. The authority by which the latter was done has been seriously questioned in signal cases in 2007 and 2008. Sources drawn upon include not only the Royal Archives, but the Kilmorey Papers in the Public Record Office of Northern Ireland, and the Teck Letters in Wellington College, where Prince Frank received much of his early education. The sealed will of Prince Frank of Teck, the brother of Queen Mary and great-uncle of the present Queen, is the seminal chapter in this study.