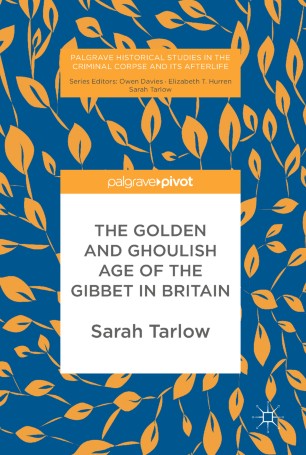 The Golden and Ghoulish Age of the Gibbet in Britain

This book is open access under a CC BY 4.0 licence.
This book is the first academic study of the post-mortem practice of gibbeting (‘hanging in chains’), since the nineteenth century. Gibbeting involved placing the executed body of a malefactor in an iron cage and suspending it from a tall post. A body might remain in the gibbet for many decades, while it gradually fell to pieces. Hanging in chains was a very different sort of post-mortem punishment from anatomical dissection, although the two were equal alternatives in the eyes of the law. Where dissection obliterated and de-individualised the body, hanging in chains made it monumental and rooted it in the landscape, adding to personal notoriety. Focusing particularly on the period 1752-1832, this book provides a summary of the historical evidence, the factual history of gibbetting which explores the locations of gibbets, the material technologies involved in hanging in chains, and the actual process from erection to eventual collapse. It also considers the meanings, effects and legacy of this gruesome practice.