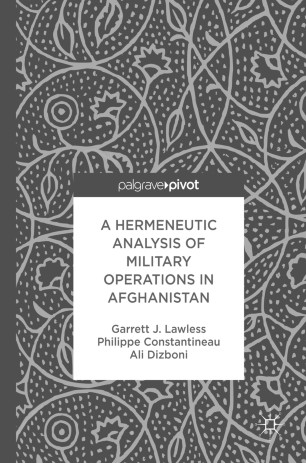 A Hermeneutic Analysis of Military Operations in Afghanistan

This book introduces the field of hermeneutics through a critique of military operations in Afghanistan.  Following a brief survey of modern political history of the country, the authors examine the link between cultural factors and the inefficiency of nation-building operations. Additionally, the project discusses contending academic approaches to culture, and identifies shortcomings in their theoretical propositions for military operations in failed states. Ultimately, this volume contextualizes the evolution of hermeneutical thinking and the benefits it provides in assessing the transformation of culture through military intervention.