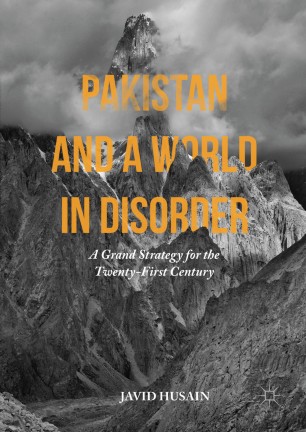 Pakistan and a World in Disorder

A Grand Strategy for the Twenty-First Century

This book delineates the role that Pakistan should play in the largely anarchic world of the twenty-first century in order to best serve the country’s long-term national interests. Its main aim is to lay down the parameters within which Pakistan’s grand strategy should be formulated, taking into account the evolving global and regional security environment and Pakistan’s historical experience. Provided here is an in-depth analysis and critical evaluation of the past record of Pakistan’s foreign policy within this context, bringing out its successes and failures, strengths and weaknesses. Based on these analyses, a comprehensive approach is recommended for safeguarding Pakistan’s national security and promoting its prosperity utilizing a strategy that is a marked departure from the military-dominated, uni-dimensional policies the country has followed thus far. Besides providing guidelines to Pakistan’s policy makers and intelligentsia, this book will be of interest to academics, foreign observers, and general readers in understanding the constraints and parameters within which Pakistan – a de facto nuclear-weapon state of 190 million people at the cross-roads of South Asia, Central Asia, and the Persian Gulf –  must operate to safeguard its national interests in the turbulent times ahead.

Javid Husain served as a visiting researcher/scholar at the South Asia Institute of the University of Texas at Austin, USA, from 2015 to 2019, and is a former Ambassador of Pakistan to the Netherlands, South Korea, and Iran. During his 37-year long diplomatic career, he carried out diplomatic assignments in several important capitals including Paris, New York, Beijing, The Hague, Seoul, Tehran, and Washington, D.C. Since his retirement in 2004, he has kept himself busy writing on foreign policy and international issues besides delivering lectures at universities and think tanks.