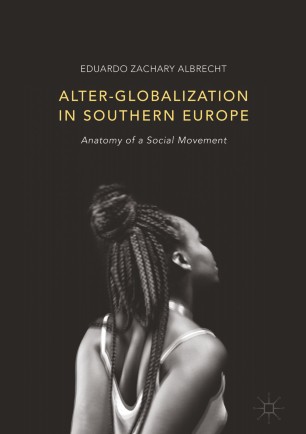 Anatomy of a Social Movement

Considering the rise of global political instability and subsequent importance of new social movements, this cutting edge book examines the relationship between the alter-globalization movement and political power in Italy, Spain, and Greece. It argues that not only is the movement anti-political, but that it operates within an apolitical social milieu, as a ritualized holding pattern for middle class youths that find themselves uncomfortably placed between a receding state structure on the one hand, and a rising informal economy on the other. Its ritual liminality allows adherents to act revolutionary while assuring that their middle class privileges remain intact. The author considers the social ramifications of the movement at a time when Europe finds itself at a political and economic crossroads, and offers specific and timely case studies from the three southern European countries.

Eduardo Zachary Albrecht obtained a PhD in Social Anthropology from the School of Oriental and African Studies at the University of London.  He is currently Assistant Professor at Mercy College in New York and previously taught at Pukyong National University in South Korea.  He is also the Research Director/Founder of Ethnographic Edge, a geopolitical forecasting project.