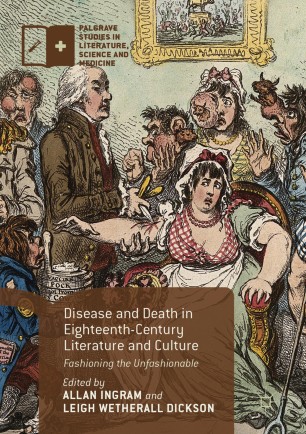 Disease and Death in Eighteenth-Century Literature and Culture

This collection examines different aspects of attitudes towards disease and death in writing of the long eighteenth century. Taking three conditions as examples – ennui, sexual diseases and infectious diseases – as well as death itself, contributors explore the ways in which writing of the period placed them within a borderland between fashionability and unfashionability, relating them to current social fashions and trends.

These essays also look at ways in which diseases were fashioned into bearing cultural, moral, religious and even political meaning. Works of literature are used as evidence, but also medical writings, personal correspondence and diaries. Diseases or conditions subject to scrutiny include syphilis, male impotence, plague, smallpox and consumption. Death, finally, is looked at both in terms of writers constructing meanings within death and of the fashioning of posthumous reputation.