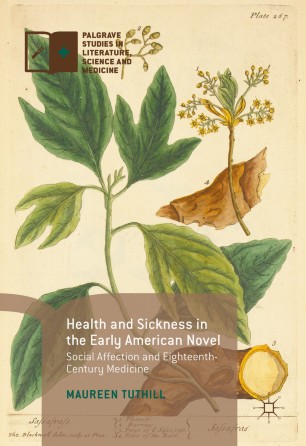 Health and Sickness in the Early American Novel

This book is a study of depictions of health and sickness in the early American novel, 1787-1808. These texts reveal a troubling tension between the impulse toward social affection that built cohesion in the nation and the pursuit of self-interest that was considered central to the emerging liberalism of the new Republic. Good health is depicted as an extremely positive social value, almost an a priori condition of membership in the community. Characters who have the “glow of health” tend to enjoy wealth and prestige; those who become sick are burdened by poverty and debt or have made bad decisions that have jeopardized their status. Bodies that waste away, faint, or literally disappear off of the pages of America’s first fiction are resisting the conditions that ail them; as they plead for their right to exist, they draw attention to the injustice, apathy, and greed that afflict them.