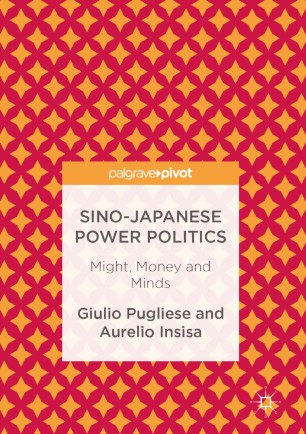 This book is about Japan-China power politics in the military, economic and propaganda domains. The post-2012 standoff over the disputed Senkaku/Diaoyu Islands has unveiled the antagonistic quality to Sino-Japanese relations, with an important addition: a massive information war that has cemented the two states’ rivalry. Under the Xi and Abe administrations, China and Japan insisted on their moral position as benign and peaceful powers, and portrayed the neighbor as an aggressive revisionist. By highlighting great power rivalry, this study makes a theoretical contribution in favor of the power politics behind Sino-Japanese identities. The work is multidisciplinary in spirit and aims to speak both to academics and to general readers who might be curious of understanding this fascinating if worrisome facet of Sino-Japanese relations. In turn, the assessment of the diplomatic, economic and identity clash between the world’s second and third wealthiest states provides a window in understanding the international politics of the Asia-Pacific in the early 21st Century. This book is an invaluable resource for scholars, Area Studies and Political Science students and policymakers alike.

Giulio Pugliese is Lecturer in War Studies with a focus on East Asian Security, at King’s College London.

Giulio Pugliese is Lecturer in War Studies with a focus on East Asian Security, at King’s College London, UK. He has completed his PhD work at the University of Cambridge, and holds an MA degree (Honors and Distinction) in International Economics from the Paul H. Nitze School of Advanced International Studies, Johns Hopkins University, USA.

Aurelio Insisa covers Taiwanese affairs for Asia Maior, the Italian think tank devoted to current Asian affairs. He completed his PhD work in History at The University of Hong Kong.

“In their excellent new book Giulio Pugliese and Aurelio Insisa weigh in on the propaganda skirmishing that has intensified since Japan nationalized the Senkaku/Diaoyu islands in 2012. They draw attention to the ‘battle for shaping the global narrative on Chinese and Japanese behavior’, one that sacrifices history on the altar of nationalism.” (Jeff Kingston, Professor of Asian Studies, Temple University, Japan)

“Examining the Diaoyu/Senkaku Islands dispute through the lens of neo-classical analysis, Pugliese and Insisa contrast the respective propaganda narratives of each side, cogently arguing against the constructivist analysis of Sino-Japanese rivalry.” (June Teufel Dreyer, Professor of Political Science, University of  Miami)

“An excellent analysis of the recent development of hostilities in Japan-China relations caused by the Senkaku/Diaoyu dispute and both countries' new leadership. The authors fully explained the worsening of bilateral relations and its impact on peace in East Asia.” (Susumu Yabuki, Prof. Emeritus Yokohama City University)

“This is a succinct, clear and helpful account. It also uses powerful analytic tools from the school of neo-classical realism. This is a relationship that matters massively to the region and the world. We need solid frameworks to try to locate it, and this work supplies some. It also has the huge virtue of being short, and to the point.” (Kerry Brown, Professor of Chinese Politics, Director of Lau China Institute, King’s College London, UK)