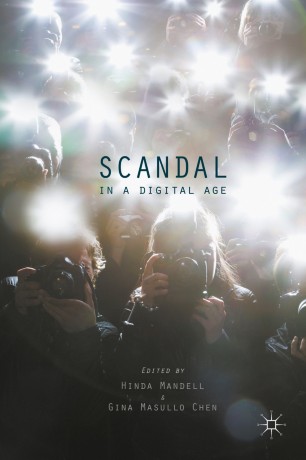 Scandal in a Digital Age

This book explores the way today’s interconnected and digitized world marked by social media, over-sharing, and blurred lines between public and private spheres shapes the nature and fallout of scandal in a frenzied media environment. Today’s digitized world has erased the former distinction between the public and private self in the social sphere. Scandal in a Digital Age marries scholarly research on scandal with journalistic critique to explore how our Internet culture driven by (over)sharing and viral, visual content impacts the occurrence of scandal and its rapid spread online through retweets and reposts. No longer are examples of scandalous behavior “merely” reported in the news. Today, news consumers can see the visual evidence of salacious behavior whether through an illicit tweet or video with a simple click. And we can’t help but click