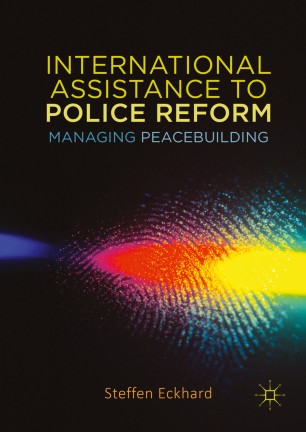 This book compares police reform operations in Kosovo and Afghanistan, addressing the internal machinery that makes peace operations work—or not. Recognizing that the chances for effective peacebuilding vary widely across contexts, this book investigates the impact of one of the few variables that peacebuilders do control: the management and design of peace operations.

Four comprehensive case studies examine operations in Kosovo and Afghanistan before and after the European Union took over police reform responsibilities: in Kosovo from  the Organization for Security and Co-operation in Europe (OSCE) and in Afghanistan from the German government. Speaking to scholars and practitioners in domestic and international organizations, the book drills in the complex relation between headquarter diplomats and field level conflict experts. Its findings combine to a set of recommendations for policy-makers to better align their operations to the contentious politics of conflict management and peacebuilding.