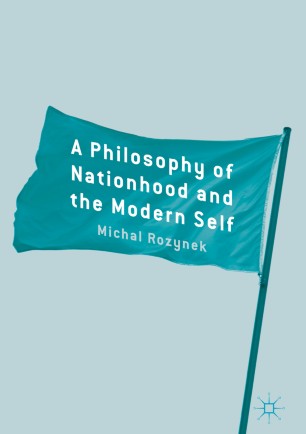 A Philosophy of Nationhood and the Modern Self

This book delves into the philosophical presuppositions of modern political agency. Michal Rozynek explores the place of nationalism in an increasingly cosmopolitan world by approaching the fundamental questions of modern subjectivity from a new angle. Taking as a starting point the transformations of the modern self, this volume argues that the project of modernity leads to an unresolvable tension within the self - one which seemingly jeopardizes our ability to participate in a public world.
Rozynek goes on to show how nationhood can offer a resolution to this tension, building on the pioneering work of Liah Greenfeld. Far from being a defense of tribalism, this book attempts to tackle both the questions of national solidarity and cosmopolitan duties, by problematizing the account of nationalism in contemporary political theory and advocating a revised model of universalism.

“Rozynek’s philosophically informed study builds on figures such as Margaret Canovan and David Miller to show the way that modern nationhood provides a valuable field of bounded rationality, in which the idea of the self as an agent and expanding notions of political community can be cultivated.   He provides a sympathetic critique of cosmopolitan and post-national theories that fail to appreciate this aspect of nationalism.  Lucidly written and argued, the book will appeal to those who want to be able to situate the study of nationalism within traditions of political philosophy, normative political theory, and theories of the formation of the modern self and subjectivity.” (Jonathan Hearn, University of Edinburgh, UK)

“Placing philosophical thought about the modern self in dialogue with contemporary political understandings of the nation, Rozynek uncovers an auspicious strategy for renewing the complex—and increasingly fraught—relationship between national community and global solidarity. An eminently readable and engaging work that will be a boon to theorists of nationalism and cosmopolitanism alike.” (Patrick Hayden, University of St. Andrews, UK)