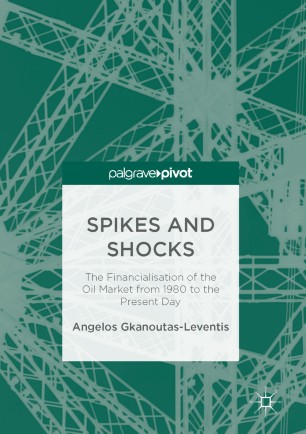 This book suggests that price volatility and speculation in the oil market originate from a decades-long process of financialisation. The author contradicts mainstream critical accounts of the market that typically invoke the notion of a global oil shortage and so-called ‘peak oil’ arguments. Instead, he argues that the development of the market has been punctuated by recurring oil price shocks. Chapters examine the evolution of the international oil market and investigate how the process of financialisation has transformed the structure and dynamics of the global oil market from 1970 to the present. The book suggests that the financialisation process is both the cause and the proof of a profound change in the structure of the global oil market that has turned the triangle of producers, consumers, and mediators into a four-tier structure through the addition of financial actors.

Angelos Gkanoutas-Leventis is a political economist with commercial experience working for national and international oil companies. He is very active in the development of the hydrocarbon industry in the South East Mediterranean, having founded the Greek Energy Forum. He is also a member of the City Political Economy Research Centre (CITYPERC).