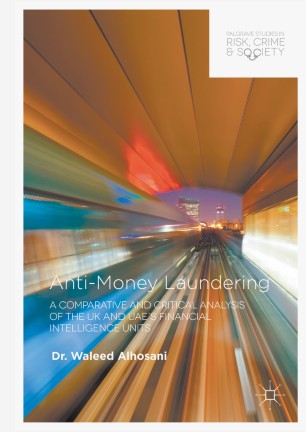 This book critically analyses the role of the United Arab Emirates Financial Intelligence Unit (FIU) in the Suspicious Activities Reports regime. The author pays particular attention to its functions and powers in dealing with Suspicious Activities Reports and relevant requirements imposed upon the reporting entities. In the analysis, the author also compares the United Arab Emirates FIU model to the United Kingdom FIU model.

In addition, the book investigates whether the current United Arab Emirates FIU model complies with the relevant international recommendations developed by the Financial Action Task Force in relation to the establishment of the unit, as well as its powers and functions.

This book suggests that more can be done to improve the current functions and powers of the United Arab Emirates FIU in an international context. Furthermore, the author suggests that the functions and powers of the United FIU model both comply with the international requirements and beneficially extend beyond their directives.

Dr. Waleed Alhosani is a lecturer at the University of Sharjah, United Arab Emirates (UAE), where he teaches a course on the penal code of the UAE. He is also currently Chief Prosecutor at Dubai Public Prosecution, UAE. Dr. Alhosani received a PhD in Anti-Money Laundering from Bangor University (UK) in 2014, having previously earned a High Diploma of Legal & Judicial Science from Dubai Judicial Institute (UAE) in 2005 and a master’s degree in private law from the Department of Law at the University of Sharjah (UAE) in 2007. His research interests focus on criminal law, banking and anti-money laundering.