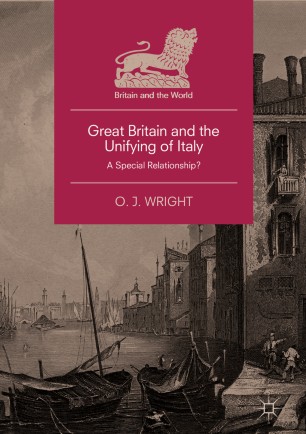 Great Britain and the Unifying of Italy

This book explores the interest of British leaders, diplomats and consuls in the unifying of Italy. It is the first study to provide a comprehensive narrative of British policy on Italian affairs between the formation of the Kingdom of Italy in 1861 and its consolidation as a new nation-state through the acquisitions of Venice in 1866 and Rome in 1870. Commencing with an investigation of the place of Italy within the context of mid-Victorian Britain’s global interests, the book investigates the origins of British sympathy for Italian nationalism during the 1850s, before charting the development of British foreign policy regarding Italy during its unification and consolidation. An emphasis is placed upon the tendency of British leaders and representatives to consider it their responsibility to guide the new Italy through its formative years, and upon their desire to draw Italy into a ‘special relationship’ with Britain as the dominant power within the Mediterranean.