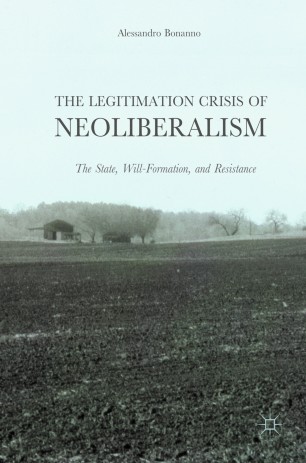 The Legitimation Crisis of Neoliberalism

The State, Will-Formation, and Resistance

This book proposes a theory of the legitimation crisis of neoliberalism. Through analyses of the legitimation crisis of regulated capitalism and the characteristics and theories of neoliberalism, the author contends that neoliberalism is affected by crises of system and social integration. The crisis of system integration refers to the inability of market mechanisms to address problems of capital accumulation and social stability. The crisis of social integration refers to the unmet promises of economic growth and social well-being. While attempts to address these crises are carried out through state intervention, crisis resolutions are inadequate due to the limits of the free market system and current state forms. Alessandro Bonanno contends that, as ideological and material forms of legitimation are inadequate, and processes of capital accumulation are sluggish and resistance weak, change is necessary. He outlines how this change will be controlled by corporate actors, minimally address the demands of subordinate groups, and marginally alter existing conditions.