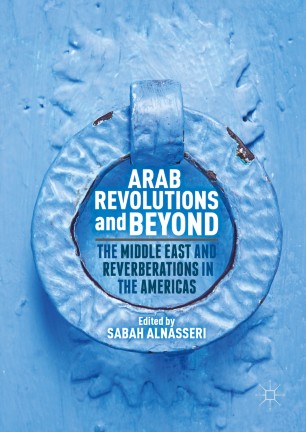 Arab Revolutions and Beyond

The Middle East and Reverberations in the Americas

This edited volume brings together global perspectives on twenty-first century Arab revolutions to theoretically and methodologically link these contemporary uprisings to resistance and protest movements worldwide, above all in the Americas. In their analyses of these transformations, the international contributors engage in an exploration of a variety of themes such as social movements and cultures of resistance, geopolitical economics, civic virtue, identity building, human rights, and foreign economic and political influence. What is the historical significance of these revolutions? What are the implications beyond the Middle East? And how are struggles in other regions of the world being influenced by these events? These heretofore largely unanswered questions are addressed in this collection, developed from presentations at a 2013 international conference on the “Arab Revolutions and Beyond” at York University, Toronto, Canada.

Sabah Alnasseri is Professor of Middle East Politics at York University, Toronto, Canada. Born in Basra, Iraq, he earned his PhD at the Johann-Wolfgang Goethe University in Frankfurt, Germany. His publications cover topics in political economy; Marxist state theory in the tradition of Gramsci, Poulantzas and Althusser; regulation theory; and Middle East politics and economy.