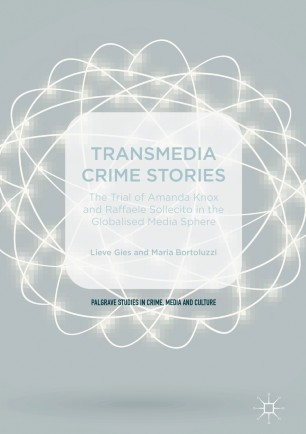 Part of the Palgrave Studies in Crime, Media and Culture book series (PSCMC)

This collection focuses on media representations of Amanda Knox and Raffaele Sollecito, defendants in the Meredith Kercher murder case. Adopting a multidisciplinary approach, encompassing criminology, socio-legal analysis, critical discourse studies, cultural studies and celebrity studies, the book analyses how this case was narrated in the media and why Knox emerged as the main protagonist. The case was one of the first transmedia crime stories, shaped and influenced by its circulation between a variety of media platforms. The chapters show how the new media landscape impacts on the way in which different stakeholders, from suspects and victims’ families to journalists and the general public, are engaging with criminal justice. While traditional news media played a significant role in the construction of innocence and guilt, social media offered users a worldwide forum to talk back in a way that both amplified and challenged the dominant media narrative biased in favour of a presumption of guilt.