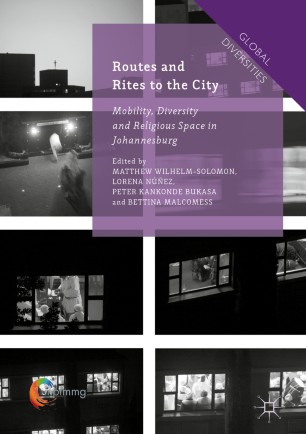 Routes and Rites to the City

This thought-provoking book is an exploration of the ways religion and diverse forms of mobility have shaped post-apartheid Johannesburg, South Africa. It analyses transnational and local migration in contemporary and historical perspective, along with movements of commodities, ideas, sounds and colours within the city. It re-theorizes urban ‘super-diversity’ as a plurality of religious, ethnic, national and racial groups but also as the diverse processes through which religion produces urban space. The authors argue that while religion facilitates movement, belonging and aspiration in the city, it is complicit in establishing new forms of enclosure, moral order and spatial and gendered control. Multi-authored and interdisciplinary, this edited collection deals with a wide variety of sites and religions, including Christianity, Islam, Hinduism and Judaism. Its original reading of post-apartheid Johannesburg advances global debates around religion, urbanization, migration and diversity, and will appeal to students and scholars working in these fields.