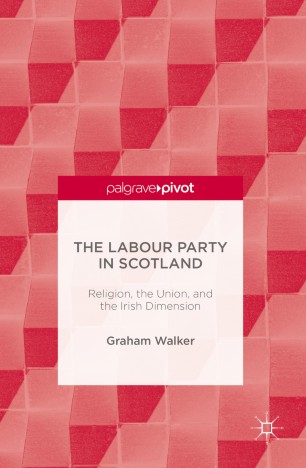 The Labour Party in Scotland

Religion, the Union, and the Irish Dimension

This book makes a timely contribution to our understanding of the dramatic political changes that have recently affected Scotland and thrown into doubt the country’s future position within the United Kingdom. Its focus is on the Labour Party and the loss of its traditional electoral support base. This theme is related to religion and its relevance to Scotland’s identity politics. The author examines how Labour was able to appeal across the ethno-religious divide in Scotland for many decades, before considering the impact of the new political context of devolution in the 21st century and the greater scrutiny given to the question of sectarianism in Scottish life. Walker demonstrates the role played by the sectarianism controversy in Labour’s loss of political control and its eclipse by the Scottish National Party (SNP). This book is also the first to assess the significance of the Irish dimension in Scotland’s political development, in particular the impact of the conflict in nearby Northern Ireland.  It will appeal to students and scholars of Scottish and Irish politics, political science and political/electoral history, as well as the interested wider reader.