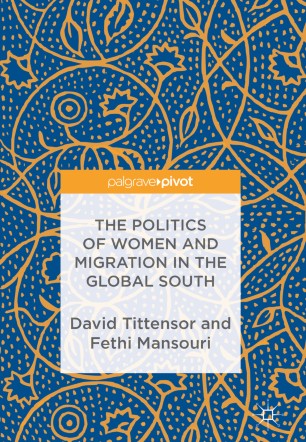 The Politics of Women and Migration in the Global South

This book shines a light on the issues of governance, rights and the injustices that are meted out to an ever growing and vulnerable sector of the global migrant community – women. Whilst much of the current literature continues to focus on the issues of remittances and brain drain, there has been very little that examines concerns regarding governance and rights for female workers. This is especially true of the case of women who are particularly vulnerable and have been subject to sexual abuse. Such an omission is pressing given the fact that, as of 2009, only 42 countries have signed the International Convention on the Protection of the Rights of Migrants and Members of their Families. The authors thus demonstrate that migrants moving within the Global South are at a greater risk of being subject to social injustices on account of less developed welfare systems.

David Tittensor is Research Fellow in the Faculty of Arts and Education at Deakin University, Australia, and Research Fellow to the UNESCO Chair in Comparative Research on Cultural Diversity and Social Justice. His research interests are transnationalism, Muslim movements, Turkish politics and society, religion and development, and the Middle East. He is the author of The House of Service: The Gülen Movement and Islam's Third Way and an edited volume (with Matthew Clarke) entitled Islam and Development: Exploring the Invisible Aid Economy.
Fethi Mansouri holds the Alfred Deakin Professorship, is the Deakin University research chair in migration and intercultural studies, and the Director of the Alfred Deakin Research Institute for Citizenship and Globalisation, at Deakin University, Australia. In 2013 he was awarded a UNESCO Chair in comparative research on Cultural Diversity and Social Justice. He is the editor of the Journal of Intercultural Studies and founding co-editor of the international journal of Social Inclusion. Professor Mansouri is a global expert advisor to the United Nations (Alliance of Civilisations) on cultural diversity and intercultural relations and is a prominent scholar nationally and internationally.